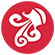 Yearly Aquarius horoscope 2020 Yearly forecast say that the natives of this moon sign would be a blessed lot in 2020. But nothing works for sure without managing our Karmas. And that is where reading Yearly forecast for all Zodiac Signs makes sense spending few minutes on this. Aquarius is the 11th sign of the Zodiac, and it is a fixed and Air sign. At times persons with Aquarius Horoscope may feel very uncertain of themselves. Natives of Aquarius Horoscope make good partners in love and friendship and have good intellect and independent views. They have an inventive and scientific mind and interest in creative arts.

The Year 2020 for you begins with plenty of activity in the 11th house of gains and fulfillment. Even if there is a conflicting astrological activity, the activation of the 11th house is always considered good as it opens up new opportunities. During the first three quarters of the year, avoid investing in speculative schemes.

During the first three quarters of the year 2020, when Jupiter associates with Ketu in Sagittarius in the 11th house, time may be less romantic for those in love and dating for marriage. Being aware of such a possibility in advance, one can protect relationships with wisdom.

Health: From 24th January, Saturn will enter the 12th house in Capricorn and can cause some laziness and delays in recovery from any ailment. The 8th lord Mercury going retrograde in the Moon sign from 18th February to 11th March can suddenly bring to the surface some ailments.

Education: The 5th and 8th lord Mercury’s association with Ketu and Saturn in 11th house till 13th January and Mercury going retrograde in the Moon sign from 18th February to 11th March can pose some difficulties in education. Exaltation of Yogakarak Venus from 3rd February to 28th February and its aspect on the 9th house from 29th February to 27th March will be favourable for higher studies. Time till 29th March 2020 is favourable for going abroad.

Career: Transit of 10th lord Mars in the 10th house in Scorpio till 7th February will favor a career in general. Trade and partnership business may have some issues from 18th February to 11th March when retrograde Mercury will aspect the 7th house.

Finance: Yogakarak 4th and 9th lord Venus transiting its sign of exaltation in the 2nd house from 3rd February to 28th February 2020 will favor your financial matters such as accumulation of money. Avoid investing in speculative schemes.

Romance and Marriage: This quarter is not very smooth and easy for those in love and dating for marriage. Married couples can enjoy good relations during the month of January, but from 18th February to 11th March aspect of retrograde 8th lord Mercury on the 7th house can pose some issues related to the difference of opinion.

General: Some of your genuine career-related plans will have a chance to be implemented successfully. This first quarter of the year can prove to be transforming, provided you put your energy and efforts in the right direction. Luck will shine as regard growth and benefits through career.

Health: Mars transiting the Moon sign from 4th May to 17th June 2020 and the Moon sign lord Saturn going retrograde in the 12th house from 12th May will not favor good health.

Education: Debilitation of Mercury from 7th April to 24th April 2020 is not favourable for students in general. Time after 25th June will favor higher studies and foreign travel.

Career: Those in service may face some delays in the promotion and resolution of their problems from 12th May onwards.

Finance: Sudden unexpected expenses may deplete your savings. Do not invest money in tempting but insecure schemes. Pay your taxes in time to avoid difficulties. Gains will increase after 30th June when Jupiter transits the 11th house. Avoid investing in speculative schemes.

Romance and Marriage: Need to be careful in love affairs from 14th May to 25th June during retrograde transit of Venus. Lack of harmony and marital bliss cannot be ruled out for married couples from 4th May to 17th June due to the aspect of Mars on the 7th house

General: During this quarter, the persons with Aquarius Horoscope should be extra careful in all their financial matters. Invest in new schemes very carefully after weighing the pros and cons or better wait till the situation eases out.

Health: This quarter is not very favourable for excellent health since the Moon sign lord Saturn is retrograde in the 12th house till 30th September. The aspect of Yogakarak Venus on the Moon sign from 28th September will also favor improvement in health.

Education: Mercury going direct in the 5th house in Gemini sign from 13th July will favor students in general. However, period till 22nd September due to the presence of Rahu/Ketu in the 5th/11th House axis may cause difficulties in concentration on studies, and some confusion can persist. Avenues for higher studies abroad and foreign travel will open up from 14th September as Jupiter will move directly in Sagittarius in the 11th house.

Career: This quarter of the year will prove progressive and full of growth for a career in general. The months of July and August 2020 will be conducive for availing new opportunities and in encouraging taking bold decisions related to career. Those in service will benefit after 30th September when Saturn goes direct in Capricorn.

Finance: Financial matters will start getting resolved from 16th August, and there will be a boost in gains and savings from 14th September onwards as 2nd, and 11th lord Jupiter will move directly in Sagittarius. Avoid investing in speculative schemes.

Romance and Marriage: Time from 13th July will start favoring love affairs, but the more romantic period will begin after 23rd September. Married couples may face some egoistic issues in relations from 17th August onwards. Love marriages can get delayed due to some opposition.

General: Comparatively, for persons with Aquarius Horoscope ,this quarter will be better than the previous one. And this will more so in financial matters, litigation, and for mending strained relations.

Health: Give extra care in your eating habits and avoid too spicy and junk food, especially from 5th October to 23rd December.

Education: A period of confusion and lack of focus cannot be ruled out for students in general from 28th November to 16th December 2020 during the association of Mercury with Ketu in the 10th house. Students of arts, music, design, acting, etc. will benefit from 17th November to 10th December due to Yogakarak 4th and 9th lord Venus aspecing the 3rd house.

Career: Those pursuing a career in designing, architecture, music, modeling, acting, and creative arts will have a favourable time after 17th November 2020. Partnership business may face some challenges from 28th November to 16th December.

Finance: Till 19th November gains will increase, but you may not be able to save much. Beware of unnecessary spending from 20th November onwards as Jupiter will transit its sign of debilitation in the 12th house.

Romance and Marriage: Those in love and dating for marriage will need to avoid egoistic issues from 28th November to 16th December. However, time from 17th November onwards will favor love affairs and marital bliss.

General: This last quarter of the year will give mixed results to natives of Aquarius Horoscope. However overall it is not too bad for the future.

Do you know your Moon Sign? If not, Check here

Do the recital of Shani Chalisa 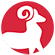 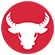 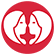 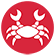 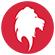 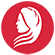 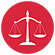 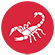 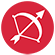 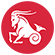 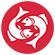