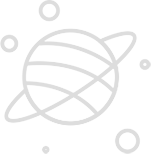 Saturn as a planet is always scaring at large & people generally hate words like Sade Sati or Shani ki dhaiya. So best is, first of all, one should know about these two words & how to check Shani sade sati in kundli or calculate the period of Shani dasha on a person. Please make use of Shani Sade sati calculator & also learn more about it.

What is Sade Sati Dosha?

The duration of Shani sade sati, as the name itself spells, is seven and a half years. This period starts when Shani (Saturn) enters the 12th sign from the moon natal chart & ends when it leaves the 2nd sign of your natal moon chart. It remains for 2.5 years in a sign, so in three signs, it has 7.5 years.

First Phase of Shani Sade Sati: In its first phase, Saturn enters the 12th house from your natal moon chart & stays there for 2.5 years. In this phase, the main issues a person face is alienation and relationship issues with father and elders.

Second Phase of Shani Sade Sati: In this second phase, Saturn transits from the 12th house from the birth chart to its First house. Here again, it remains for 2.5 years, and this is the peak phase of Sade Sati. During this phase, the person can face health issues, financial losses, big differences with friends and relatives & sudden money outflow.

Third Phase of Shani Sade Sati: It is the third and the final phase of Sade Sati. It occurs when Saturn transits from 1st house from the Natal Moon birth chart to its second house. This phase of 2.5 years starts giving relief to the person from miseries that person faced in the last two phases of sade sati. Being a malefic planet, Saturn can cause some minor issues but overall, this phase should benefit a person.

That is how I said in the beginning of this page that Shani dosha calculator helps person know the period of sade sati and prepares to reap the best benefits during the third phase of Sade Sati.

The opinions of astrologers differ from one another regarding the effect of Safe Sati on the individual. Some claim that Shani's transit through the signs mentioned above is inauspicious and is accompanied by challenges and troubles. Others have to say that Sade Sati is a period like any other event about which one need not worry.

Do’s and Don’ts during Sade Sati

Saturn we know is the Karmic planet so all do’s and don’ts during this Sade sati also will be karmic based. Sade sati calculator tells you the period of Sade sati on you so one should give the best respect to the parents, elders in the family & love the animals & birds as far as possible.

One should not avoid new adventures, arguments at workplace and with the family. Avoid travelling and journeys alone in late hours. Do not indulge or involve yourself in any legal or court-related matters. Avoid buying black items and more of iron etc.